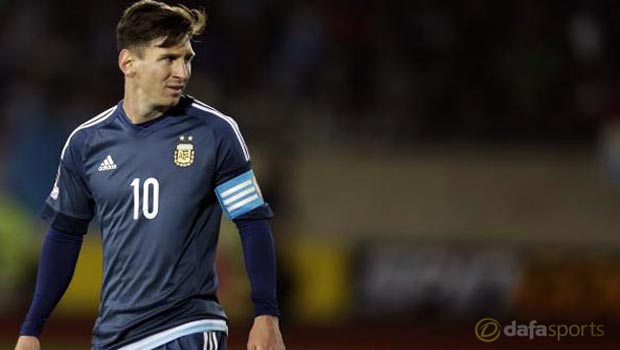 James Rodriguez has played down any rivalry with Lionel Messi ahead of Colombia’s Copa America quarter-final showdown with Argentina and knows that he will have to step up his game if he hopes to progress to the last four.

Rodriguez announced himself on the big stage at last summer’s World Cup, helping Los Cafeteros to the quarter-finals, and his exploits earned him a big-money move to Real Madrid.

The 23-year-old enjoyed a decent first campaign in Spain but had to play second fiddle to Messi and Barcelona who claimed another treble, adding the Champions League title to their La Liga and Copa del Rey success.

Messi has perhaps not transferred his Barca’s form onto the international stage in Chile but he has still helped Argentina – 2.75 tournament favourites – comfortably through to the last eight, topping Group B with two wins and a draw.

Rodriguez, who enjoys the same sort of status and admiration for Colombia as Messi does for Argentina, has also struggled so far, with Jose Pekerman’s men scraping through as the second-best third-place finishers.

The Real Madrid ace insists that Friday’s clash is not just about himself and the Barcelona superstar, fearing for his side if it was, but is hopeful that Argentina will give him the chance to showcase his own talents after finding it tough going so far.

Speaking about Messi, Marca quotes Rodriguez as saying: “He’s from another world. He’s a unique player.

“This can’t be a duel between James and Messi, because that wouldn’t be fair.”

The former Monaco and Porto ace continued: “I never want to play poorly but it happens to everyone. It’s hard for the talented players when there is so much friction and physicality,” he argued.

“Everyone is aware of the good players. There’s no space, nobody wants to give anything away. In the three games I’ve not had a lot of space.

“It’s been very intense. There’s not a lot of space and I can’t play much. [Argentina] will be a nice game to make it right. Argentina play well and they let you play.”

Argentina have been installed as 1.91 favourites to win Friday night’s clash with Colombia on offer at 4.50, while the draw can be backed at 3.10.