More to come from Michael Keane 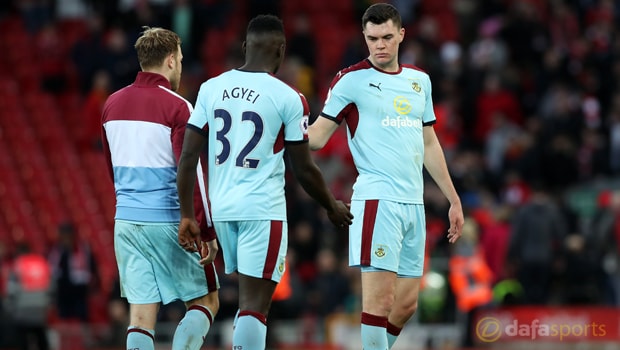 Burnley centre-back Michael Keane is confident that there is more to come, having emerged as one of the top young defenders in the Premier League.

The 24-year-old former Manchester United youngster recently made his 50th appearance in the English top-flight, having bedded down well at Turf Moor after loan spells with Leicester City, Derby County and Blackburn Rovers.

However, Keane, who won his first senior England call-up in October last year, says he is far from the finished article and expects to improve further as he gains more experience.

He told the Lancashire Telegraph: “I feel like I’ve grown a lot, more in confidence than anything else, knowing you belong at this level and playing against this standard of players.

“I’m happy with how it’s gone, but I’ve still got a lot of learning to do and hopefully I can keep kicking on.”

Keane and the Clarets are back in action on Saturday when they head north to the Stadium of Light to take on rock-bottom Sunderland.

Burnley will be hoping to end a run of five league games without a win, but will be upbeat despite a positive display at Anfield going unrewarded last time out, as hosts Liverpool came from behind to win 2-1.

The two sides have already met three times this season, with Burnley winning 4-1 and 2-0 respectively in Premier League and FA Cup clashes.

The initial FA Cup third round tie on Wearside finished in a goalless draw and another 0-0 draw on Saturday is priced at 8.00, with a 2-1 win for the visitors available at 11.00.