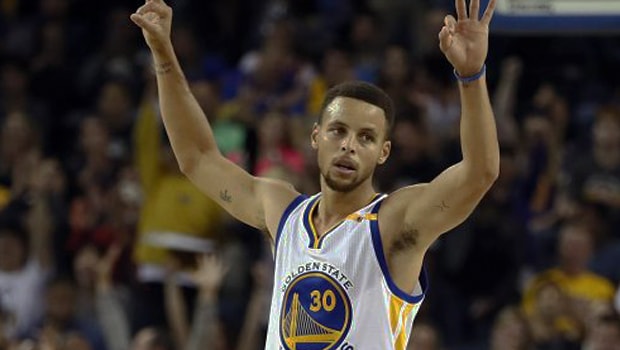 Star shooter Curry has struggled for form in recent games, especially since the loss of off-season recruit Kevin Durant, but totalled 29 points against the 76ers, including 12 in a fourth quarter turnaround.

Golden State trailed by 12 points heading in to the final quarter at the Oracle Arena, only for Curry to inspire a comeback which saw his side outscore Philadelphia 28-14 in the final period of the game.

The win was especially welcome as it ended a run of three consecutive losses which had seen their position as top seed in the Western Conference come under serious threat from the San Antonio Spurs.

The Warriors have played a game more than the Spurs, and are just one game better off overall in the wins column.

Kerr said after another less than convincing display from his star-studded unit: “Thats what I love about Steph, hes never going to stop shooting and he never loses confidence.

“It wasnt his night and yet he still scored 12 points in the fourth quarter. Thats the mark of a star, when its not your night and you still hit big shots.

“I thought it was a really good response in an otherwise tough night.”