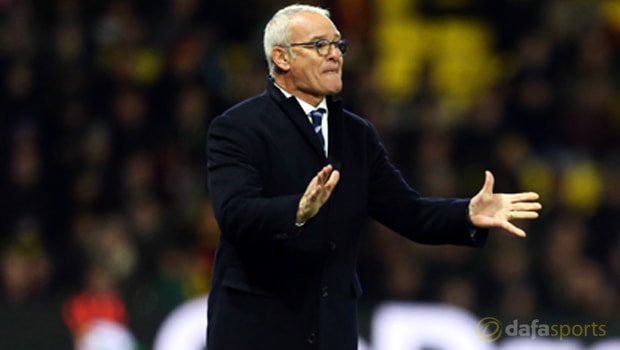 Premier League champions Leicester City are fighting a relegation battle after their slow start to the season, according to manager Claudio Ranieri.

The Foxes twice came from behind to draw 2-2 with Middlesbrough at the Kingpower Stadium on Saturday, with both goals coming from the penalty spot.

Riyad Mahrez and Islam Slimani scored to cancel out a brace from Alvaro Negredo, with Leicester’s second leveller coming in the final seconds of stoppage time.

They’ve won only three of their 13 games so far this season and the point against Middlesbrough was enough to keep Leicester only two clear of the drop zone.

Ranieri issued an early warning to his squad about where this season could be going. “We are fighting for a relegation battle.

Now we could be tired but fortunately the character and spirit of the group is good. We knew it was a tough match.

Twice fighting back is not easy,” said the Italian. Slimani’s last-gasp spot kick ensured Leicester did not suffer a fourth league defeat of the season.

Ranieri was happy not to have eclipsed the total number of reverses they suffered in all of last season and says they are ready to fight this battle just as they did in their title-winning run.

“It was important not have to have three Premier League defeats. I feel we have to fight until the end of season,” he added.

Skipper Wes Morgan was upended under the challenge of Maarten De Roon inside the box three minutes into added time with referee Lee Mason awarding the champions their second spot kick of the game.

Ranieri denied his side had been ‘lucky’, insisting that their escape owed more to the level of belief and fight that exists within the Leicester ranks.

“We showed fantastic character,” said Ranieri. “Lucky is someone who believes in something more.”

Leicester are 13.00 to be relegated this season, while Middlesbrough are 6.00 following their latest impressive performance.