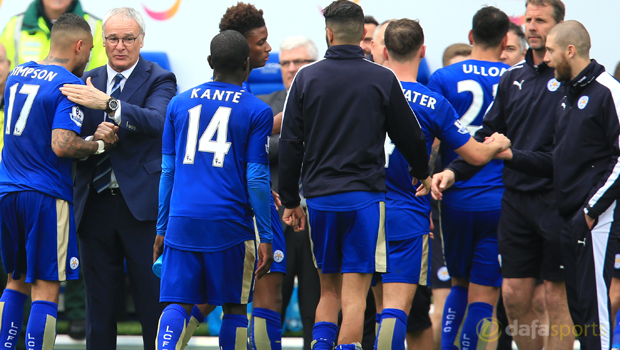 Claudio Ranieri heaped praise on his Leicester City players after they secured a narrow win against Southampton to move seven points clear at the top of the Premier League.

Leicester recorded a fourth consecutive 1-0 success, Wes Morgan’s first half goal enough to see off a determined Saints side.

The visitors had two penalty appeals waved away at the King Power Stadium but Leicester did enough to gain three vital points.

After title rivals Spurs had slipped up in Saturday’s draw against Liverpool at Anfield, Ranieri felt there was added pressure on Leicester to show their mettle.

“It was a good answer to the Premier League because now everybody is waiting for us after the Liverpool v Tottenham draw,” he told reporters. “We gave a very good answer.”

The former Chelsea manager says he expects this season to be a unique one but that Leicester are more than capable of seeing out the journey.

Ranieri however expects their final six games to close encounters.

“I am very calm. We believe in what we are doing, we believe it’s a magical season and believe next season won’t be the same, but then we try,” he said.

The Leicester manager is still intent on keeping his players focused on each game as it comes, without thinking of what might be in store at the season’s end.

“It is important for us to take things step by step and focus on the next match,” he said.

“It is important for us to remain calm, to maintain our feet on the ground, train well and then concentrate during the match.”

Leicester are quoted 1.33 to be crowned Premier League champions this season.