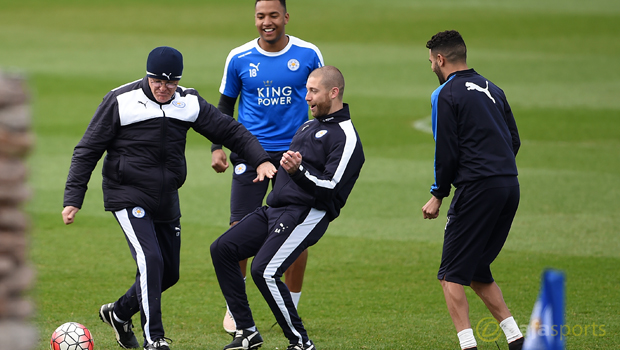 Leicester boss Claudio Ranieri has hailed his troops after guiding them to the club’s first top-flight title in their history.

The Italian arrived at the King Power Stadium in the summer and continued the momentum initiated by Nigel Pearson, in guiding the team to Premier League survival last term, by helping them enjoy a stunning campaign.

After sealing a draw against Manchester United on Sunday, the Foxes’ success was confirmed when Tottenham squandered a two-goal lead to draw 2-2 at Chelsea on Monday evening.

They will now look to add some extra gloss before they are presented with the trophy after their final home game of the campaign against Everton on Saturday, with City completing their campaign at Stamford Bridge on May 15.

Leicester are currently 2.00 to beat the Toffees, with the draw 3.50 while Roberto Martinez’s men also priced at 3.50.

Regardless of the result, Leicester’s squad made up largely of misfits and unsung heroes has produced one of the most remarkable runs in English football history, and their well-travelled manager undoubtedly deserves as much praise as anyone.

In typically understated style, the Italian has looked to take the attention away from himself and credited his players for what is a truly monumental achievement. “I’m so proud,” Ranieri said.

“The players have been fantastic. Their focus, their determination, their spirit has made this possible.
“It’s an amazing feeling and I’m so happy for everyone.

I’m a pragmatic man – I just wanted to win match after match. Never did I think too much about where it would take us.”