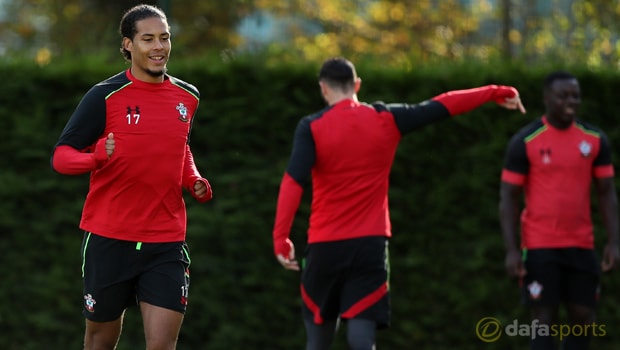 The former Celtic defender has been in fine form for the Saints this season and has been linked with a potential move to Liverpool as a result.

The Anfield club have been known to raid St Mary’s, with the likes of Nathaniel Clyne, Adam Lallana and Dejan Lovren all swapping the south coast for Merseyside in recent times.

Puel however insists that van Dijk will not be allowed to leave in the next transfer window. “It’s just speculation, and I cannot participate with speculation,” he said.

“All the players are in the club’s project, and for this season it is important to continue this work with good spirit and this is true with all the players.

It is just a rumour and it’s not important for me.” Having watched his side dump Arsenal from the League Cup on Wednesday night, Puel has a two-legged semi-final against Jurgen Klopp’s side to look forward to in the new year.

For now, Saints are focused on a Premier League trip to Crystal Palace on Saturday.

Alan Pardew is under intense pressure at Selhurst Park, with his side having lost all of their six most recent league games.

They came off worst in a stunning nine-goal thriller at Swansea last weekend but Puel says Southampton will be giving Palace maximum respect.

“It’s important for me, for my players, to stay with a good concentration about this game because [Palace are] a good team with good players and they play at home,” he added.