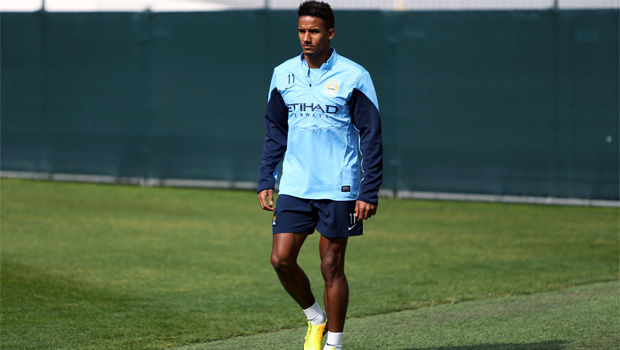 West Brom boss Steve Clarke is delighted with the capture of Scott Sinclair on loan from Manchester City and he is hopeful of adding at least one more to Baggies squad before transfer window closes.

Clarke has secured the winger on a season-long deal, with a view to a permanent switch in 12 months, after the former Swansea man was told by new Manchester City boss Manuel Pellegrini he had no long-term future at the Etihad.

The Albion chief believes the 24-year-old is exactly the sort of player his side needs as they look to bounce back from a disappointing home defeat on Saturday against Southampton.

Clarke said: “We needed width in team and he can score. He’s hungry and desperate to play this weekend. It’s a big year for him.”

He also admitted he would like to further strengthen after a summer in which he has struggled to find new talent.

Clarke added: “We would like another wide player if possible, we have been under-active compared to others. I’m hoping we will be busy.”

Meanwhile, Clarke also confirmed striker Nicolas Anelka has not retired, even though he did mention it, but he has been given indefinite compassionate leave by the Baggies following the shock death of his agent Eric Manasse.

There were claims on Thursday that the Frenchman had stormed out and decided to quit but Clarke says that is not the case.

He added: “There was no big bust up, he didn’t storm out. Retirement? When you’re not in a good place those thoughts can come into your mind.

“I’m not going to deny he mentioned (retirement). He hasn’t trained this week (because of a knock). I was preparing team for Everton without him.”