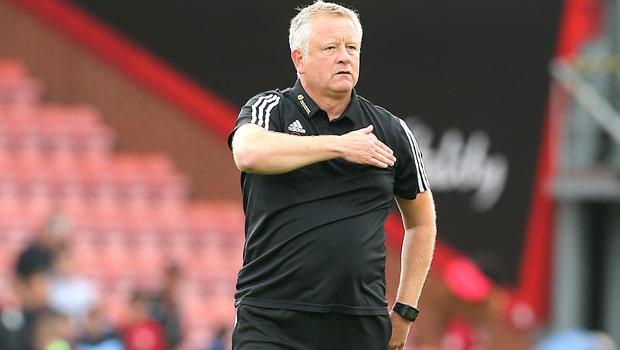 Chris Wilder says Sheffield United’s home form will be crucial this season and insists the fans can play their part at Bramall Lane.

The ground hosts Premier League football for the first time in 12 years on Sunday with Crystal Palace the visitors. The Blades got their first season back in the top flight off to a solid start last Saturday, holding Bournemouth to a 1-1 draw, with veteran striker Billy Sharp scoring for the Blades.

Wilder has revealed how the home fans spurred his side on to success last season in promotion from the Championship and he hopes for similar this campaign, starting on Sunday.

He said: “We’re backed by incredible supporters, who have driven us on home and away, over the past three years. “We’ll need them more than ever now, because there will be tough times and we’re going on to another level. But I think they recognise that, they know what we’re up against.”

The Blades are 2.60 to win on Sunday with Palace 3.00 and the draw 3.10. Wilder has the option of choosing the same side that drew at Bournemouth on Sunday but Sharp will be pushing for a start after getting United’s first goal of the season at the Vitality Stadium.

Whoever starts on Sunday, Wilder is clear that their home form will be vital this coming season. “We’ve got to be strong everywhere but especially in our own backyard,” he added.

“I know everyone says this, but we want to make coming to our place a horrible experience – in the right way of course – for opponents.”