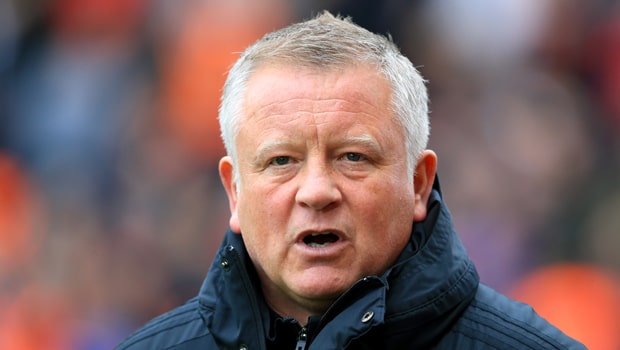 Chris Wilder says he won’t compromise his attacking principles as he prepares his Sheffield United squad for the Premier League.

The Blades are back in the top flight, promoted from the Championship last season with Wilder involved in two promotions during his time at Bramall Lane. He has been widely praised for his attacking style of play, his side winning 26 league games last season, scoring 78 goals.

Now he faces the biggest test of his managerial career so far, keeping the Blades in the Premier League, and Wilder is convinced that sticking to the style of play that has characterised his time with United is for the best.

He said: “I hate the old DNA shout but from our point of view we’re not going to rip up everything we’ve done and change everything, I don’t think that’s fair. “We can’t do that and we will go about it our way – the Sheffield United way – and believe that it’s going to be good enough to succeed.”

Wilder did however concede that he and the club have to keep evolving and improvements have to be sought in terms of recruitment for the forthcoming season. Wilder and the squad travel to Portugal for the first part of pre-season, playing Real Betis before returning to the UK for games against Burton, Northampton, Chesterfield and Barnsley.

They start the new Premier League season away to Bournemouth on August 10 before a first home fixture, against Crystal Palace, the following weekend.