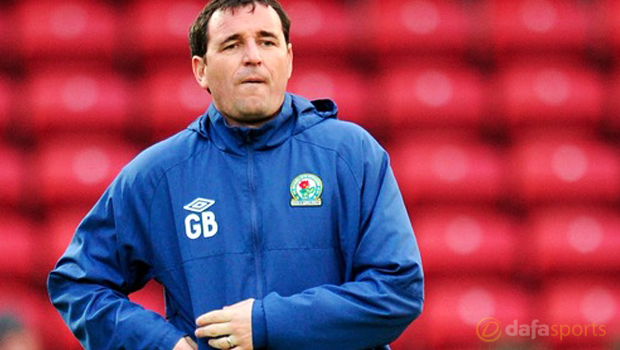 Former Blackburn Rovers striker Chris Sutton feels the club are not going to win automatic promotion from the Championship this season regardless of who is brought in to replace sacked boss Gary Bowyer.

Sutton, who helped Rovers win the Premier League title in the 1994-95 season during a five-year spell at Ewood Park, has spoken out on this week’s departure of Bowyer, which he felt was harsh given that 44-year-old has had to work under a transfer embargo for the past 11 months after the club failed Financial Fair Play rules.

And despite the side being down in 16th spot – 11 points adrift of the final play-off place – after 16 games so far this term, Sutton claims Bowyer was “not given a fair crack of the whip” and “has done a pretty decent job”.

Former Norwich and Aston Villa boss Paul Lambert appears to be the favourite to replace Bowyer and ex-Rovers player Alan Irvine has been mentioned as his potential assistant manager.

However, with Rovers still unable to buy new players, Sutton does not believe that Lambert or anybody else will be able to significantly improve the club’s position under current conditions.

He told BBC Radio Lancashire: “It will be interesting to see who comes in now. The fact that most of the coaching staff have gone as well, it’s not rocket science to think it’s a done deal and another team is in place.

“And who knows going forward how they will do? I personally hope whoever it is they will do well for the club, but will they get more out of these players, which Gary hasn’t, until Blackburn can get new players in?

“It will be difficult to see how this new manager and the club move forward because automatic promotion isn’t going to happen.”

Blackburn are now 26.00 to be promoted this season and are 15.00 to be relegated to League One.