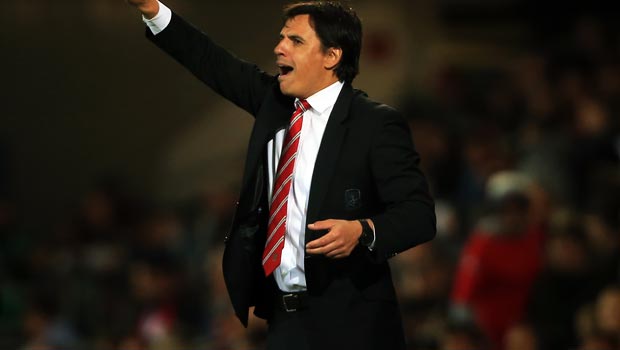 Wales manager Chris Coleman wants his side to be “bolshie” when they take on Belgium on Sunday evening in their European Championship qualifier in Brussels.

The Dragons are in fine form of late, having only lost once in their last eight matches. They currently sit top of Group B with seven points from their opening three fixtures, defeating Cyprus and Andorra with a home draw against Bosnia sandwiched in between.

This impressive run of results has left their 44-year-old manager believing they should be full of confidence going into the fixture against the group favourites.

He said: “We have got to go there, without being cocky, and be a bit bolshie because we have got a bit about us. We cannot go there thinking it is OK just to compete and not get anything, because it is not.”

The Welsh, who have never qualified for a European Championships, are 15.00 fourth favourites to top the Group while their opponents, who were quarter finalists at this summer’s World Cup, are 1.15 to finish in pole position.

Despite this, the former Fulham boss believes there are weaknesses in the Red Devils’ defence, who will be missing captain Vincent Kompany for the match at the King Baudouin Stadium.

He stated: “When they attack they really go for it. Both full-backs join in at a certain time and they create a load of chances but they leave gaps and are susceptible defensively.”

Despite their new-found confidence, the Welsh know they face a tough task against the side currently ranked fourth in the world.

They have only won once in their last four meetings with their opponents and the hosts claimed four points when the sides met in qualifying for the last World Cup in Brazil.