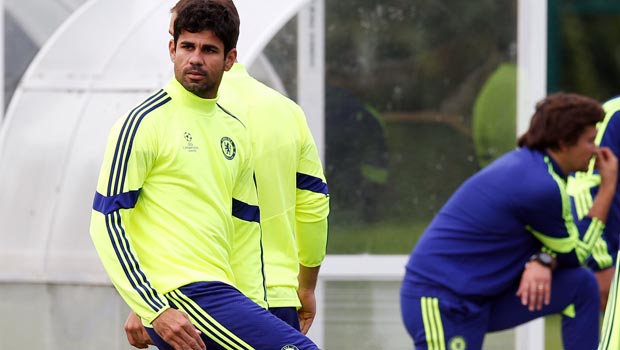 Chelsea boss Jose Mourinho has confirmed Diego Costa will be fit to face Manchester City this weekend despite his hamstring problems.

The Spanish international picked up a hamstring injury while on international duty and Mourinho revealed earlier in the week that he is unable to play two games in quick succession.

Costa scored a hat-trick last weekend but was then forced to sit out the 1-1 draw with Schalke in the Champions League on Wednesday night.

However he will return for the big game against City, who are 2.35 favourites to win, even though he is clearly not 100percent fit.

“Diego is not in the best conditions, but he will start the game. He plays this game, he cannot play against Bolton. It’s as simple as that,” Mourinho said.

“I know clearly that we have to try to protect him until he gets completely fit.”

Chelsea have a crucial run of fixtures coming up, and if the situation remains the same then Costa will have to sit some of them out.

However Mourinho is just focused on the here and now and is delighted to have him available for the Manchester City clash.
“In this moment I don’t have this problem,” Mourinho said.

“He plays Sunday, doesn’t play against Bolton (in the Capital One Cup next Wednesday). He plays against Aston Villa Saturday (September 27).

“In this moment decision made. Let’s see his evolution, let’s hope he comes in the right direction and becomes available to play every game.”