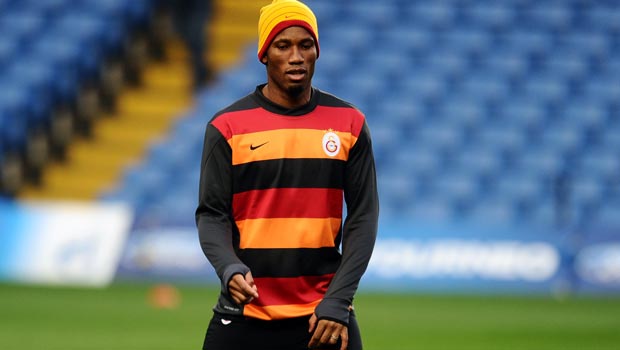 Didier Drogba is looking forward to making a return to face former club Chelsea at Stamford Bridge in the Champions League last-16 second leg on Tuesday, but warned that he is focused on helping Galatasaray into the quarter-finals.

The 35-year-old Ivory Coast international spent eight memorable seasons with the Blues with his most notable moment coming with his winning penalty in the 2012 Champions League final shoot-out victory against Bayern Munich at the Allianz Arena.

It was Drogba’s 10th and final trophy win with the Londoners before he departed for China, although he has since returned to Europe with a move to Turkey.

Chelsea and Galatasaray were subsequently thrown together in the last 16 of the Champions League and played out a 1-1 first-leg draw in Istanbul three weeks ago.

With the tie finely poised going into Tuesday’s game in London, Drogba is relishing a return to face his former team-mates and supporters at Stamford Bridge.

And while he is hoping to get a good reception from the home faithful, he has insisted that his main focus is to help his current club into the last eight of the tournament.

Drogba told UEFA.com: “I hope that Galatasaray qualify. It will be difficult, but I think that regarding the welcome, I think I’m allowed to say that I will receive a warm welcome, because I know Chelsea’s fans and our relationship is really special. It will be great to see them again, I am looking forward to it.”

On Galatasaray’s chances of defeating Jose Mourinho’s side, he added: “If we are focused, if we are well physically, then we can make it difficult for many great teams.

“We have shown that in the past, against Real Madrid last season, against Schalke. We have done it already and we will try to repeat it even better than in previous years.”