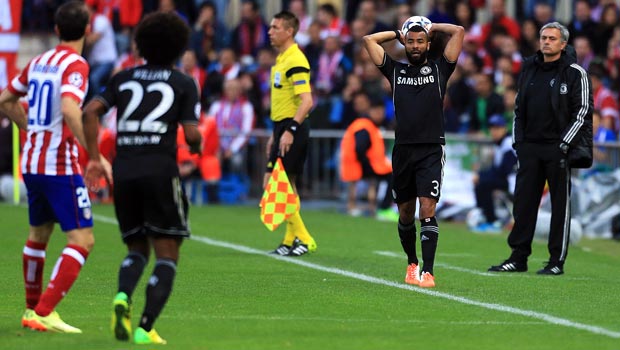 Jose Mourinho said Chelsea “respect” Champions League semi-final opponents Atletico Madrid ahead of Tuesday night’s first leg on Tuesday while he backed Fernando Torres to be “professional” if he faces his boyhood club.

The Blues boss will be looking for his players to pick up a positive result from the game so they can finish the job at Stamford Bridge in next week’s second leg.

However, Mourinho knows Diego Simeone’s side will be no pushovers given that they are currently on course to pip city rivals Real Madrid and Barcelona to the Spanish La Liga title this season, while also making it to the last-four of European football’s top competition.

“I spoke to my team about their qualities and they are a team we respect,” said Mourinho. “No team arrives at this stage without being a very good team and Atletico are no exception.

“To reach the Champions League semi-finals and to be fighting for the Spanish title, you must be a special team. I have watched them play lots of times, I studied them a lot and tried to make my players ready for what they can do.

Mourinho, who is aiming to win the Champions League with a third different club after his previous success with Porto in 2004 and Inter Milan in 2010, seems set to call on Torres to lead the line against the club for whom he scored 82 goals over six seasons before his move to Liverpool in 2007.

And while Torres remains a big fan of Atletico, Mourinho is in no doubt that he will be going all out to defeat them and try and secure another Champions League final spot.

The Portuguese tactician, who is without striker Samuel Eto’o for the game, said: “I am not saying that Fernando Torres will start, I am saying that he never hides. We feel that every day.

“We talk about Spanish football and he’s a big Atletico supporter, but he’s a professional.”