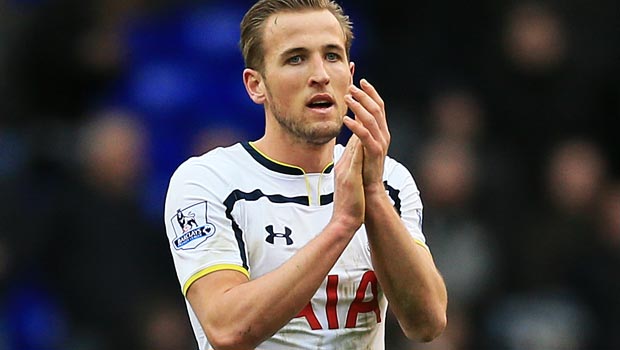 Chelsea meet Spurs at Wembley on Sunday as they go head-to-head for the first trophy of the season.

Jose Mourinho’s side are top of the Premier League and favourites to lift the silverware, although they will need to be wary of Kane who inspired Spurs to a 5-3 win over Chelsea at White Hart Lane in January.

The 21-year-old put two goals past Courtois on that occasion and has since taken his tally to 24 goals in all competitions this season, but the Chelsea keeper is sure he can stop him.

When asked if he knew Kane’s technique, he told the Telegraph: “Yeah, I know it, but I don’t have to say it now.

“You try and analyse what teams and strikers are like more and more by watching videos. But football is football and every game is different. Every time they come in front of you it can be different.”

He admits he has no penalty shoot-out experience in a real match and will be completely new to the sudden-death decider if Sunday’s final is drawn after extra-time.

“No, I don’t think I have been in a penalty shoot-out before,” Courtois said. “There was just one time, which was in a friendly tournament with Atletico.

“That was the only time I’ve been in a penalty shoot-out.”

Chelsea can be backed at 1.68 to win the Capital One Cup while Spurs, who are in Europa League action less than 72 hours prior to the final, are priced at 4.48.