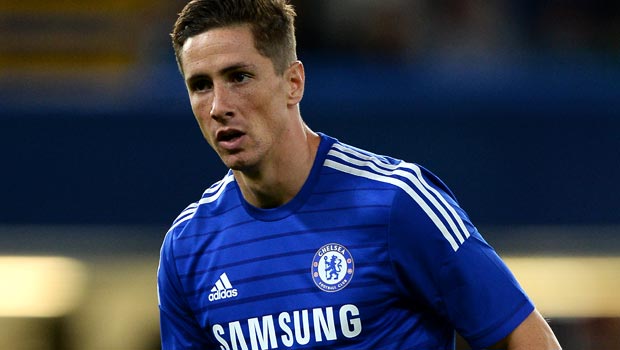 Chelsea boss Jose Mourinho has admitted he will look to buy a foreign striker once Fernando Torres completes his move to AC Milan.

Torres is set to put an end to a difficult three-and-a-half year spell at Stamford Bridge by joining the Italian side on a two-year loan deal.

The Spaniard is in Italy to finalise the details of the loan and undergo a medical before his move to the San Siro can be made official.

Mourinho is eager for the deal to be completed so he can begin searching for a replacement, the Portuguese coach admitting he wants to have three strikers at his disposal for this season.

“Between Saturday and Sunday, we need to know,” Mourinho said.
“Obviously we know that agents and Milan [are talking].

“A big club like Milan is not doing contacts behind Chelsea’s back.
Milan doesn’t behave that way.

“So obviously we know. But the key moment for me is when the player tells me or my club that he wants to leave, he has an agreement. This situation hasn’t arisen yet.”

Reports have suggested Chelsea will move for Roma striker Mattia Destro should Torres leave, while Mourinho is also said to be keen on QPR hitman Loic Remy.

Despite the need to offload at least one foreign player to comply with Premier League and Champions League rules, Mourinho has admitted that any new striker he signs won’t be English.

“We are not prepared. It’s something new. We have our ideas, we have our contacts. We have to react if that situation happens.”

Torres’ departure leaves Mourinho with just two strikers for Saturday’s clash with Everton, with Diego Costa passed fit to play after suffering a slight muscle injury this week in training.

Chelsea are installed as 2.19 favourites to pick up their third win of the season, with the Toffees at 3.31 and the draw at 3.21.