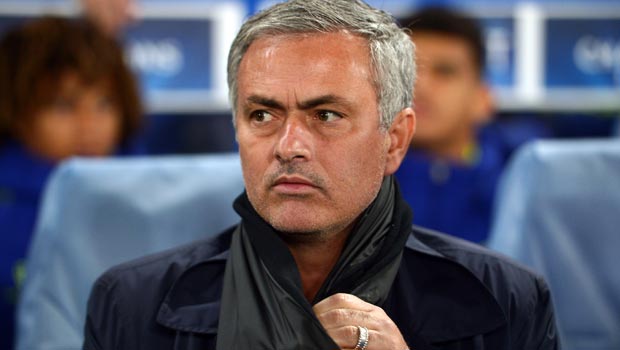 Chelsea boss Jose Mourinho is talking up his side’s chances of maintaining their strong start to the season by winning at Old Trafford on Sunday.

The Blues could hold a six-point advantage over nearest challengers Southampton should they defeat Manchester United. Chelsea are 2.37 to win the game, with United 2.99 and the draw 3.19

Louis van Gaal’s team have struggled defensively this season, leading the Chelsea boss to a position where he appears less than intimidated by a trip to the Theatre of Dreams.

“We are confident. We are in a good situation and there is no reason for us to change our feeling,” Mourinho said. “We try for the best result as always.”

A year ago, for Mourinho’s first visit back to Old Trafford after his return to the Chelsea dugout, he sent out a line up without a recognised striker against United, apparently content to settle for a point.

The Portuguese ‘Special One’ insisted in the build-up to Sunday’s game that he would not accept a draw if offered beforehand, but he once more finds himself struggling for a front man, albeit for different reasons.

Diego Costa is a major doubt while Loic Remy is ruled out after going off injured during the midweek romp against Maribor. Veteran Didier Drogba could be only logical option, but will the Chelsea manager be willing to rely on the 36-year-old for a game of this magnitude?

Despite this, Mourinho sounds ominously confident ahead of the Super Sunday clash, saying: “We are playing well, we are confident, we are top of the league, we are in a good position.

“The camp is happy and we are ready for the game.”