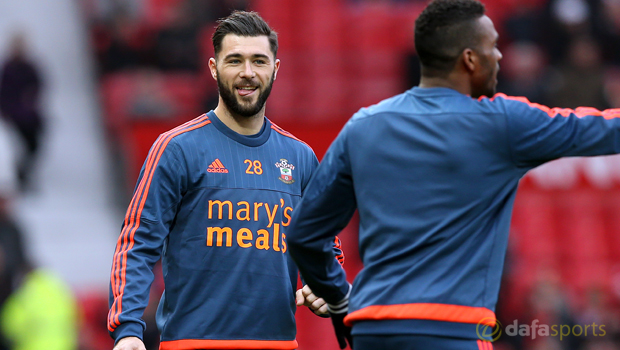 Charlie Austin returned to the Premier League with a bang on Saturday and the striker could force his way into the England squad in time for the European Championships this summer.

The 26-year-old showcased his quality in the 2014/15 Premier League campaign after scoring 18 goals in 35 top flight appearances for Queens Park Rangers.

His performances were not enough to save the Hoops from relegation to the Championship, but the Hungerford-born star certainly proved he has a knack for finding the back of the net.

Surprisingly there was no summer switch for the former Burnley ace but he continued to knock in the goals in the second tier of English football, notching 10 in 16 outings.

This did eventually result in a move to Southampton in the current transfer window and, at a reported transfer fee of just £4 million, the deal looks like a snip for Ronald Koeman.

Austin quickly repaid the faith shown in him by coming off the bench and bagging the winner in Saturday’s 1-0 victory over Manchester United at Old Trafford.

A regular run in the first team is what the striker needs to get back into the plans of Roy Hodgson and, if the goals continue to rack up, it could be impossible for the national boss to ignore him.

Jamie Vardy, Harry Kane and Wayne Rooney are all arguably guaranteed a spot for Euro 2016, but that does leave room for possibly one more forward.

With Daniel Sturridge and Danny Welbeck both out injured, and Theo Walcott preferred more as a wide man for the Three Lions, Austin could be the man to get the nod.

The ex-QPR ace is certainly hungry to prove himself and would be a great addition to the England squad for the major event in France.

Hodgson’s men are 13.00 to win the tournament and have been drawn against Russia, Wales and Slovakia in Group B.