Posted by Robert Morris on September 1, 2015 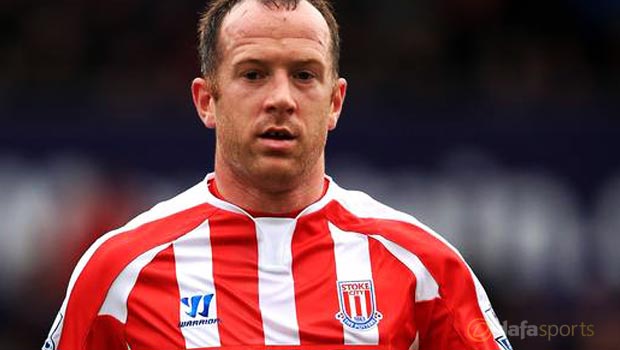 Stoke City midfielder Charlie Adam believes the Euro 2016 qualifying clash against Georgia on Friday will be a huge test for Scotland but says the team should be good enough to pick up the win.

The former Rangers, Blackpool and Liverpool player has not been included in Gordon Strachan’s squad for the match, despite featuring regularly in previous games.

The Scots are currently third in Group D, having won three, drawn two and lost one, and they are just three points adrift of table-toppers Poland, who have 14 points.

A victory in Tbilisi could go a massive way to at least securing a place in the Euro 2016 play-offs, with the Republic of Ireland two points behind Scotland in fourth.

The Republic of Ireland secured a hard-fought 2-1 win when they travelled to Georgia and Adam, who has been speaking to the ROI players at Stoke, has warned the national team to brace themselves for a difficult match.

“It’s a big game and from speaking to the Irish lads, Tbilisi is a tough place to go,” he said. “But we should be good enough to be able to beat Georgia.

“Then we have two tough home games but you never know what could happen. The biggest match is the Georgia one to get the momentum going. But Poland can’t be underestimated. They’re a good side.”

Scotland are favourites at 1.95 to pick up three points against Georgia, a draw is a 3.20 shot while the hosts are outsiders at 4.50.

The Scots have not featured in the main stage of a major tournament since the 1998 World Cup, where they were knocked out at the Group stage and they have not participated in the European Championship since 1996.