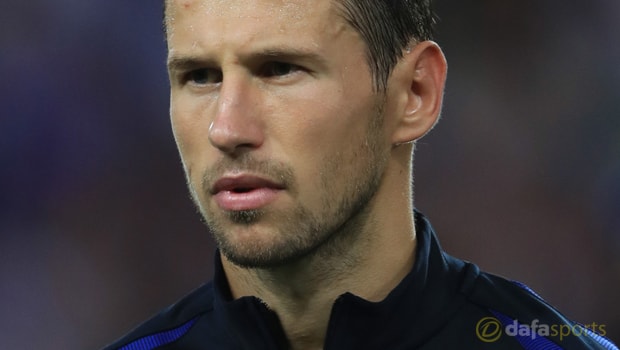 New West Bromwich Albion midfielder Grzegorz Krychowiak insists he is excited for a new challenge after he claimed he turned down offers from around Europe to sign for the Baggies.

The 27-year-old competed his season-long loan move from Paris Saint-Germain on Wednesday night and will link up with his new team-mates after the international break.

Krychowiak, capped 45 times by Poland, will bring a wealth of experience with him to the Hawthorns after spells at Bordeaux, Reims, Nantes and Sevilla.

He won back-to-back Europa League titles at Sevilla before moving to PSG last summer, but only made 11 appearances in Ligue 1.

Krychowiak was linked with other European clubs but he followed Kieran Gibbs through the door at West Brom on Wednesday and the midfielder is confident he will enjoy his spell in the Midlands.

He told the club’s official website: “I had a lot of offers from Spain and Italy, but this is a very ambitious club.

There’s a good atmosphere here.” Baggies chairman John Williams admits the deal is great for the club although they failed to agree an option-to-buy clause with PSG.

He added: “This is a fantastic loan agreement for Albion and we are very pleased to have completed the transfer.

“Grzegorz arrives with an impressive reputation that is well-earned and a CV in European football which clearly displays his qualities.

“We are delighted to welcome him and are confident he will make a significant contribution to the first-team group this season.”

Both Krychowiak and Gibbs will be hoping to play in that game against Brighton, with the Seagulls 2.63 favourites. The draw is priced at 3.00, as are Tony Pulis’ men to grab all three points.