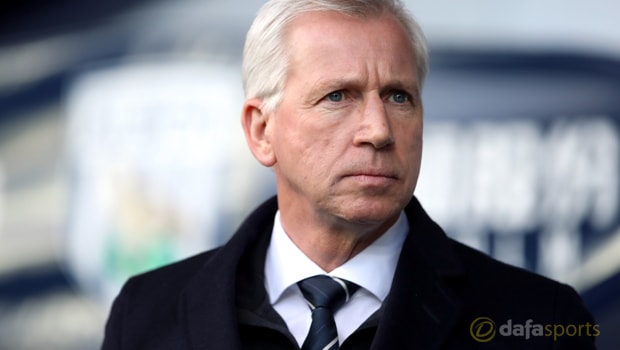 Alan Pardew is hoping West Brom can kick-start their Premier League survival bid with a win over Huddersfield this weekend.

Basement club West Brom host 17th-placed Huddersfield at the Hawthorns on Saturday afternoon in what looks a must-win game for Pardew’s side.

West Brom have lost eight times in 17 games in all competitions since Pardew was installed as Tony Pulis’ successor, the latest of those being last week’s FA Cup home defeat to Southampton.

They are now seven points from safety in the league and have just 11 games remaining to save themselves.

Pardew knows they desperately need three points against the Terriers to give themselves a platform going forward.

The recent upsurge from Swansea City has given him reason to believe they can climb the table in a short space of time.

“We’ve got to stay injury-free, we’ve got to try and get a win against Huddersfield and take that momentum into the next few games because three wins in this division, as Swansea have proven, changes your position massively, and that’s what we need to do,” said Pardew.

“I thought there were some good things to take from the [FA Cup] game.

I think anybody who was there will see that was a proper fight and a proper effort. We need to take that into the next game.”

A shock 3-2 win at Liverpool in the cup last month failed to get Albion moving, with Pardew cursing the injuries that halted them in the aftermath of that victory.

“We can only salvage it by getting some momentum,” Pardew added.

“We had a little bit of momentum when we went to Liverpool and got that result [3-2 win on January 27]. Unfortunately, we suffered four injuries that week.”