Paul Lambert warns Stoke to be ready for scrap 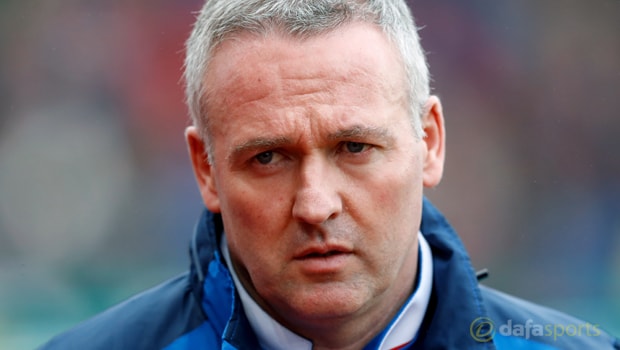 Paul Lambert says Stoke City will avoid relegation this season as long as his players are prepared for the fight ahead of them.

The Potters have slipped to 19th in the table after suffering another three defeats from their six most recent games but go to Leicester City on Saturday knowing three points would hoist them out the bottom three.

Lambert, who replaced Mark Hughes last month, says his players must be fully aware of the scenario. Asked whether his side are prepared to fight relegation, Lambert said: “Absolutely. We have to. We have to be ready. As long as the players realise that then they will be fine.

There have been signs of encouragement on the field since the Scot took over and Lambert is optimistic given what he has been seeing on the training ground from his squad.

“From the day I came in, they grasped pretty quickly what I wanted and what we’re looking for. I’m delighted with the effort they’ve shown in training and games.

“If we can keep the level we’re at, with a wee bit of luck in front of goal we can certainly win games. We will go to Leicester to try and win. I won’t go there in the trepidation of trying to sit in.”

Stoke are 5.00 to win the Leicester in Saturday’s early kick-off. The Foxes are firm favourites at 1.75 while the draw is 3.75 at the King Power Stadium.