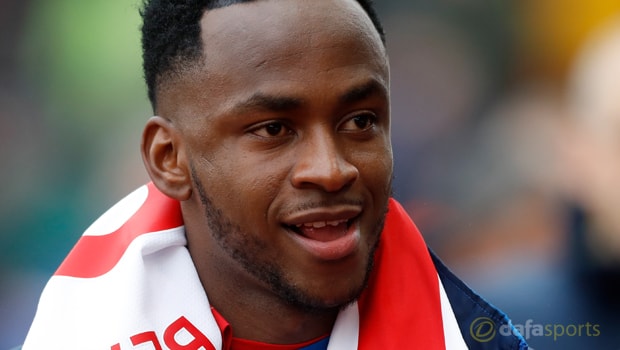 Paul Lambert has claimed striker Saido Berahino is not currently fit enough to stake a regular claim for a place in the Stoke first team.

The end of last month marked the second anniversary since Berahino last scored a competitive goal, with that strike coming for former club West Brom in a 3-2 victory over Crystal Palace.

Since his move to Stoke in January 2017, Berahino has struggled to make an impact and Lambert has revealed the forward is not fit enough to be considered on a regular basis, although he is currently working hard to get back into peak condition.

“I have told him that, so he knows the situation and what I’m explaining. I think he’s been really good with me working away at it, but it has to come from him as well.”

Stoke could certainly do with a fit and firing Berahino, as they are currently embroiled in a relegation battle and face a potentially crucial clash with fellow strugglers Southampton at St Mary’s Stadium on Saturday.

Lambert has tended to prefer Eric Maxim Choupo-Moting, Peter Crouch and Mame Biram Diouf in the forward positions since his arrival at Stoke in January and he has indicated that he will continue with the same philosophy until Berahino proves his fitness.

“He worked hard last week and he’s worked hard since, but it’s just whether I think he’s fit enough to stake a claim for it. I don’t think he’s up to the levels he should be,” Lambert confirmed.

Stoke are priced at 4.75 to secure all three points against Southampton, who are available at 1.75, while the draw is on offer at 3.75.