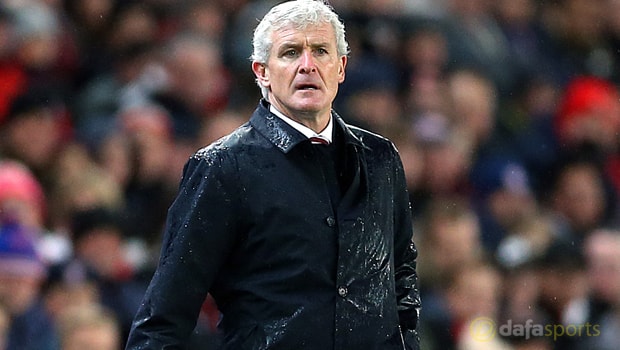 Mark Hughes says he is making plans for Stoke’s January transfer dealings, rather than worrying about his own future at the club.

The Welshman is under pressure after a run of five defeats in seven games for the Potters saw them slip into the Premier League relegation zone.

The club’s owners are said to be considering his future but Hughes says that didn’t come up for conversation when he met them this week.

Hughes took part in a regular meeting with Stoke’s chairman on Thursday morning, with the former Manchester City boss to be left in charge for this weekend’s FA Cup third-round clash with Coventry City at the Ricoh Arena.

Defeat there could mean the end for Hughes, though he is already making plans to reinforce his squad this month.

Asked if he sought reassurances over his future, Hughes said: “Why would I seek it? I don’t need it. “It’s just business as usual.

I didn’t attempt to ask the owners about my future, I went there with the sole purpose of getting an understanding of what we’re doing in January.

“That’s what I got, an indication in terms of that, so it was a good meeting and one we can move forward from.”

The Stokes fans vented their frustration during the home defeat to Newcastle but, so far, owners Peter and John Coates have not informed the manager he is under threat.

Hughes’ dealings with the Stoke powerbrokers lead him to believe they’ll be upfront with him if their stance is changing.

“I’d be disappointed if they weren’t up front and honest, that’s the type of people they are,” Hughes said.

“They back good people with ability, and always let them get on with the job.”