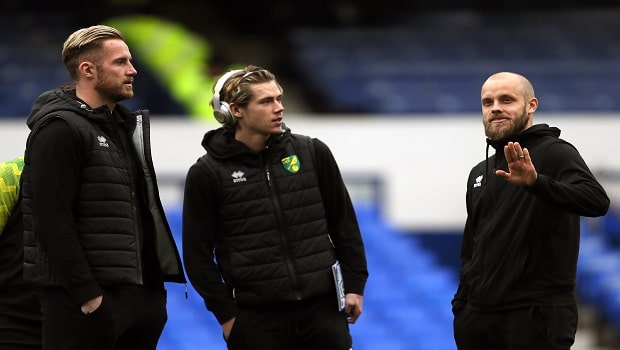 After a totally unforgettable and incredible 2019 where Finland secured qualification for the 2020 Euros, their first-ever major football tournament, Norwich City striker Teemu Pukki has been named as the Finnish athlete of the year.

Pukki was announced as the winner of the award at a ceremony held in Helsinki after scoring 29 goals in the 2018/2019 season as Norwich got promoted.

The 29-year-old was not only instrumental for the Canaries in 2019 as they won the English Championship to gain promotion into the league, but he was also a major part of the Finnish national team’s run to securing a maiden qualification for the European Championships scoring ten goals in ten games for the national team.

He won the award ahead Mercedes’s Formula 1 driver, Valtteri Bottas, Bayer Leverkusen goalkeeper Lukas Hradecky as well as 26 others.

By virtue of winning the award, he becomes the third Finnish footballer to win the award, and the other two were also English Players who played for Liverpool, Sami Hyypia, and Jari Litmanen.

Speaking on the award, Pukki stated that 2019 was amazing on a personal level with both club and country. He was elated with the fact that his countrymen back home recognized his efforts, showing that the Euros qualification was a big deal to them.

He, however, stated that his recent achievements have been totally unprecedented from the Premier League to the European Championship, revealing that hard work was a major reason for his recent success.
.
Pukki also scooped the “Moment of the Year” award for his brace for Finland in their win against Liechtenstein in November.

He was also named “Team of the Year award. So far this season, he has made nine goals and three assists in 21 games for Daniel Farke’s team as they bid to beat the drop in the English Premier League.