FA Cup: Norwich To Face Either Southampton, Tottenham in Fifth Round 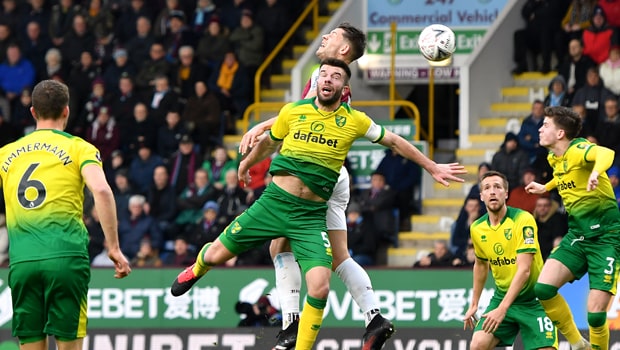 Norwich City has been drawn against the winners of the replay tie between Southampton and Tottenham Hotspur in the draws of the fifth round of the English FA Cup.

The draw which was made on Monday evening saw the Canaries paired against Southampton and Tottenham, who played out a 1-1 draw in the match played at the St Mary’s Stadium.

Sofiane Boufal, with three minutes left on the clock, canceled out Son Heung-Min’s opener in the 58th minute to earn the Saints a replay.

Daniel Farke’s side on the other side made light work of Burnley at the Turf Moor in a 2-1 win at the weekend.

Two goals in four minutes by Scottish defender Grant Hanley in the 53rd minute of the game and Swiss forward Joseph Drmic scored in the 57th minute set the Canaries on a smooth sail to Victory.

Erik Pieters scored in the 72nd minute for the hosts to threaten a comeback, but it only, in the end, was just a mere consolation.

Norwich will now wait till the fifth of February to know who their next round opponents will be in the FA Cup.

In other ties, Manchester United and Rooney may cross paths once again should Derby County win the replay against Northampton after the Red Devils were paired against the winners of the tie.

The biggest of the ties will be Chelsea against the winner of the replay between Shrewsbury and Liverpool at Anfield on the fourth of February.

Norwich City will face Newcastle United next in the Premier League. Norwich are backed at 3.30 to win Newcastle, while Newcastle are priced at 2.25