Steve Agnew refusing to give up 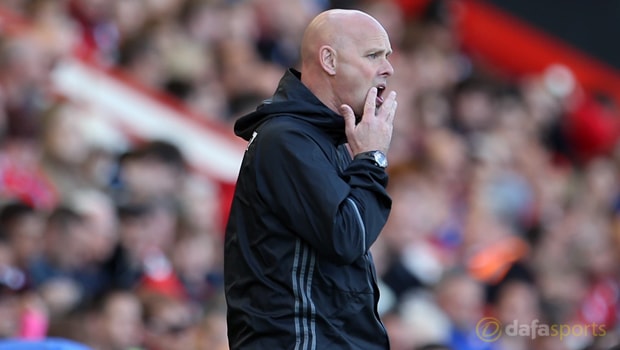 Interim coach Steve Agnew insists Middlesbrough’s season is not over despite seeing his side move nine points away from safety.

Boro have not won a Premier League game since December 17, when they beat Swansea 3-0 at the Riverside Stadium.

Despite having some success in the FA Cup, Boro have endured a miserable 2017 so far and their poor form continue on Saturday.

They were left embarrassed after losing 4-0 to Bournemouth at the Vitality Stadium, with Gaston Ramirez also seeing red.

Goals from Josh King, Benik Afobe, Marc Pugh and Charlie Daniels moved Bournemouth further up the table, while Boro are nine points behind Hull with five games to go.

Although their future looks bleak, Agnew insists they still have hope.

He told Sky Sports: “We’ve got a huge challenge ahead, but it’s still alive, we’ve got to get ready for Wednesday night and go into the game as positive as we can be.

“This is what we’ve been waiting for, the win, and it hasn’t come today and we’re very disappointed. But we have to dust ourselves down and get ready for Wednesday night.

“We’re obviously not happy with the start of the game and that’s where we lost the game.

It was naive and poor defending, and it gave us a mountain to climb.

“It’s not about shapes and systems, it’s about defending, and we needed to do better.

The players have a fighting spirit and will continue to fight, and that was evident in the second half.”