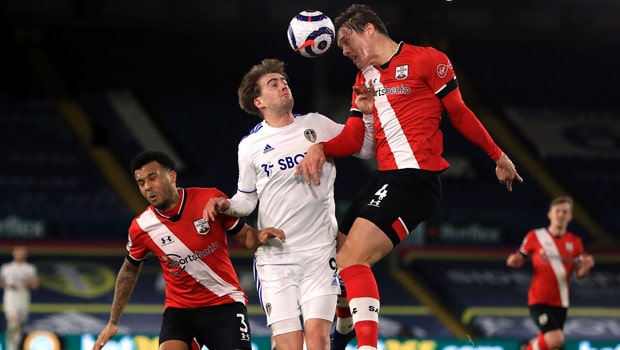 Leeds United ended their back to back losing streak in the Premier League with a 3-0 win over Southampton at the Elland Road on Tuesday.

Marcelo Bielsa’s men had lost 4-2 to Arsenal and 1-0 to Wolves at the weekend before hosting the Saints.

Southampton also have not won in their last two matches drawing 1-1 against Chelsea at the weekend and losing 2-1 to Wolves before that.

Both teams started Tuesday’s game cagey ending the first half goalless before Patrick Bamford started the scoring in the second half in the 48th minute of the game for the hosts.

The English striker is now level on goals scored this season in the Premier League alongside Harry Kane and Everton’s Dominic Calvert-Lewin. All three players have scored 13 goals each.

Stuart Dallas made it 2-0 in the 78 minute while Raphina, through a direct free kick – Leeds’ first direct free-kick goal in the Premier League since March 2004, confirmed the victory with the third and final goal in the 84th minute.

The win takes Leeds United to 10th with 35 points, one point more than Arsenal who sits in 11th with 34 points.

Southampton are in 14th with 30 points and they will be facing Everton at the Goodison Park while Wolves’ next game is away at Newcastle this weekend.

Leeds United manager Marcelo Bielsa stated that his team got the advantage after scoring first.

He explained that there was little difference between both teams for most part of the game.

“Throughout the game it was difficult to establish differences between the two teams. Even if we had a good offensive game – we created double the chances they did – the dominance alternated. When the games are so close, the team that scores first gets the advantage. It is not definitive but has weight.” Bielsa said.