‘Leader’ Schindler the man for Siewart 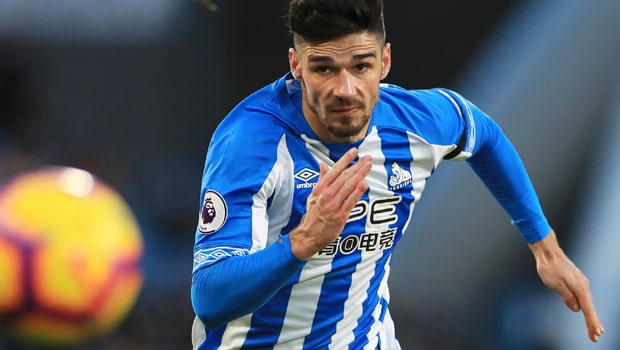 Manager Jan Siewert insists Christopher Schindler will continue to be his matchday captain at Huddersfield due to his outstanding leadership qualities.

Schindler, 28, has acted as skipper in the past two games due to club captain Tommy Smith’s suspension.

He will lead the Terriers out once again at the John Smith’s Stadium on Saturday as Championship-bound Huddersfield welcome Bournemouth to west Yorkshire.

Siewart believes he has an able deputy in Schindler and is happy to have the former Germany Under-21 ace wearing the armband.

“First of all, Tommy is suspended for three games and there is no reflection on Tommy at all,” he said.

“Tommy is a great guy and he has performed in each game I have been in charge.

“We need more leaders on the pitch. Christopher will be captain for the rest of the season on the pitch. He is an important reason why this club is in the Premier League.”

Huddersfield remain rock bottom of the Premier League standings, with only 14 points from 29 games played and, despite saying all the right words, the manager knows that the game is up for this campaign.

They will hope to add some more points to their meagre tally this weekend and are priced at 3.30 to beat the Cherries, with Eddies Howe’s men on offer at 2.30 and the draw 3.30.

The south-coast outfit have also struggled lately and so the home fans will be hoping that they can witness just a fourth league win this term.