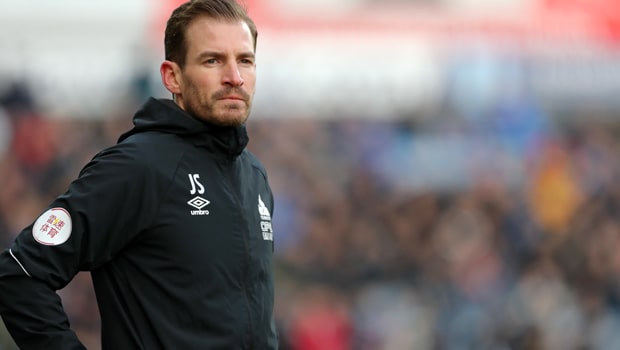 Huddersfield head coach Jan Siewert insists that the team are working hard to improve despite their perilous position at the foot of the Premier League table.

Town are 16 points adrift of safety at the bottom of the table, with just eight games remaining, and the problems that have afflicted the team all season have not been solved under the new coach, with Siewert replacing David Wagner in January.

The Terriers travel to the London Stadium to take on West Ham on Saturday and Siewert insists they will continue to fight on.

Siewert told a press conference: “I think right from the beginning when I came here it was all about the performance of our team and focusing on what we do on the pitch.”

His seven weeks at the club have seen just one win, at home to Wolves, but the head coach says he and the squad are hoping to bring about a change in fortunes.

“Including my win against Wolves, we have won four games since March last year; this is important to know. It’s still a work in progress and I want to help; this is the aim,” he added.

“We don’t score enough goals and the quality is so high in the Premier League that one mistake punishes you directly. There are more reasons and we have to work on them.”

In contrast to Huddersfield’s plight at the foot of the table, West Ham are comfortable in the top half, sitting ninth on 39 points.