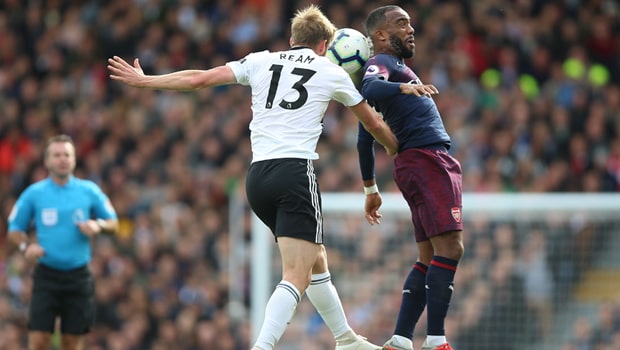 Fulham defender Tim Ream has endured a frustrating start to the season due to injury although he hopes his fitness struggles are now behind him.

The United States international played an influential role in the Cottagers promotion from the Championship last term, as he featured in 47 matches and was subsequently named the club’s Player of the Year.

However, the week before the new season got underway, Ream suffered a back injury and he admits it was particularly frustrating as boss Slavisa Jokanovic had indicated that he would be a regular feature in the team, despite the fact Fulham brought in a number of new players during the summer.

“It [suffering the injury] was more… it was difficult,” Ream was quoted as saying by Football London.

“It was more personally frustrating than anything else because I knew, based on and pre-season talking with the staff, I knew where I stood.”

Ream was forced to miss Fulham’s opening seven matches of the new season as a result of the injury, but he has featured in their last three games and although there is a risk of a recurrence of the problem, he is hopeful his fitness issues are now behind him.

“There is no guarantee, there are still a few things I need to stay on top of,” Ream added.

“But I have been doing that and the fact I have played 60 minutes and then 90 minutes later that week and came through without any recurrence has gone a long way for my mental and physical confidence.”

Fulham face an away clash with fellow newly-promoted side Cardiff after the international break and they are priced at 3.00 to win that match, while the Bluebirds are available at 2.40 and the draw is on offer at 3.30.