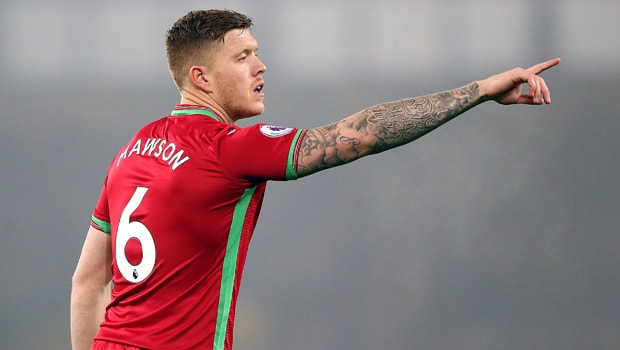 Alfie Mawson will have to wait until September to make his highly-anticipated debut for Fulham as he continues to recover from the knee surgery he underwent in May.

Former England Under-21 international Mawson recently made the switch to Craven Cottage from Swansea City for £20million on a four-year contract.

However, Cottagers supporters will have to wait nearly a month until they see the centre-back in action after manager Slavisa Jokanovic confirmed Mawson will not be fit for the first few games of the campaign.

“He won’t be ready. We will be waiting between two and three weeks for him to start working with us,” he told the London Standard.

“I don’t expect he can help us before September.” Mawson will miss the season-opener at home to Crystal Palace on Saturday, the trip to Tottenham Hotspur the following week and the clash against Burnley at Craven Cottage on August 25.

The match against Brighton at the AMEX Stadium on September 1 is also a doubt for the defender although it is hoped he will be back to full fitness from then onwards.

Jokanovic’s men are 2.38 favourites to beat the Eagles on Saturday, the draw is priced at 3.40, while Roy Hodgson’s side are a 3.10 chance to kick off with a win.

Mawson’s absence means Tim Ream and Dennis Odoi, who played alongside each other in the 1-0 Championship play-off final victory over Aston Villa, are likely to start at the heart of defence against Palace.