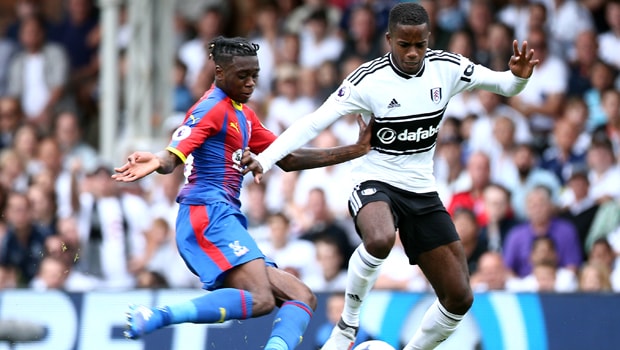 Ryan Sessegnon admits Fulham must quickly adapt to life in the Premier League following their 2-0 home defeat to Crystal Palace on Saturday.

The Cottagers’ first match back in the top flight following a four-year absence ended in defeat, as a goal in either half from Jeffrey Schlupp and Wilfried Zaha handed Palace all three points.

Fulham did dominate possession for the majority of the contest, but they lacked a ruthless edge in front of goal and England Under-21 international Sessegnon, who was shackled for most of the match by Palace full-back Aaron Wan-Bissaka, admits they must learn their lessons quickly.

“I basically had less time on the ball; it’s just how you adapt, hopefully in the coming games I can adapt.

“The pace of the game’s quicker, you have to be clinical, you have to be smart… We had the chances, we didn’t take them, and credit to Palace – they did and they won the game.”

Things don’t get any easier for Fulham, as they face an away clash with Tottenham on Saturday and they are priced at 10.00 to win that contest, while Spurs are available at 1.30 and the draw is on offer at 5.50.

Slavisa Jokanovic’s side will also face a home match with Burnley and away games against Brighton and reigning champions Manchester City over the opening weeks of the season, as they bid to establish themselves back in the Premier League.