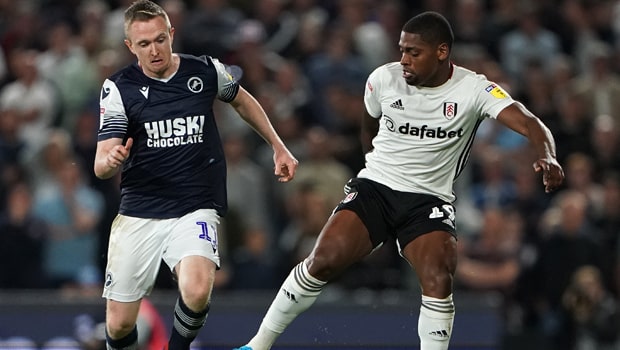 After banking three Championship wins on the spin, Ivan Cavaleiro is hoping Fulham can push on despite some tricky fixtures looming.

The on-loan forward fired a brace in Wednesday’s comprehensive 4-0 win over Millwall at Craven Cottage as Fulham moved up to third spot in the Championship standings, just a point behind pace-setting duo Leeds United and Swansea City.

Scott Parker’s side have put behind them an opening-day loss at Barnsley with wins over Blackburn Rovers, Huddersfield and Millwall. Next up is the visit of Nottingham Forest on Saturday and the 25-year-old Portuguese attacker is relishing the challenge.

“We must continue with this [form] and keep making the [fans] happy,” he said. “We have difficult games coming and I think with this attitude, like I said, we can win games. We respect Millwall, we respect Nottingham Forest, but every game we play we go to win.”

Cavaleiro was joined on the scoresheet in midweek by Aleksandr Mitrovic and Anthony Knockaert, with Parker suggesting afterwards that his front three are vital to Fulham’s possession-based plans for the season. The players have bought into the message from their manager in pre-season and Cavaleiro knows that momentum in the Championship race can be key. “Of course I’m very happy to score two goals for the team,” he said.

“I’ve worked hard on the pitch to achieve this, and I hope I can contribute to the team like this in every game. The more victories we have, the happier I’ll be. “I hope we can continue doing this in games; keeping possession, being aggressive, and with this attitude I think we can go far in the Championship.”

Fulham are 1.70 to win against Nottingham Forest on Saturday. The visitors are 4.75 while the draw is 4.00.