Posted by OLADIPUPO MOJEED on December 13, 2019 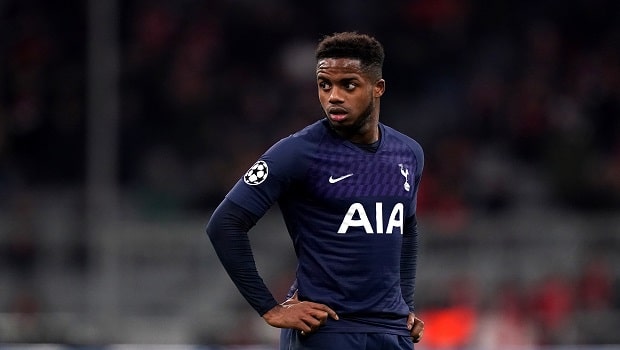 Championship side, Fulham have commended their former winger, Ryan Sessegnon after he gave a man of the match performance against Bayern Munich for his club, Tottenham Hotspur in the UEFA Champions League group game.

The former Fulham best player scored his first Tottenham in the day six-game played at the Allianz Arena.

It could be recalled that Sessegnon left the Craven Cottage and moved to fellow London club during the summer. .Having been short of game time due to injury, the youngster was finally given his first start by coach Jose Mourinho on Wednesday, and he took the opportunity with both arms by giving out a top-class performance.

Sessegnon restored parity for Spurs after goal behind in the first interval in a game that eventually resulted in a 3-1 loss for Mourinho’s men, who had already qualified for the next round of the European prestigious club competition.

Excited by his performance and the accolades he got, the winger took to his Twitter page to describe the feeling as fantastic to get his first Spurs goal but was disappointed not to win the game. While noting that it was a tough clash against the German champions, he expressed believe that Spurs will pick up from where they left in the domestic front, which they demolished Burnley 5-0 and go again at the weekend against in-form Wolverhampton Wanderers.

Replying to the tweet, Fulham expressed delight that he finally got his start and wrote “proud of you” with a black love heart.

It’s a nice thing to see from Fulham, which showed professionalism on the part of the club side as there was no ill-feeling towards the player making a move to the Premier League after Fulham relegated to the Championship.

This is indeed a good bond with their former player, who left them for a bigger club over the summer. The winger is no doubt a brilliant young talent with such a huge career ahead of him. And it’s a good thing to see Fulham expressed its delight over his progress at his new club.

It is also a good feeling for Fulham that is aiming to return to the Premier League to see one of their youth players go out and do well in one of the major competitions in world football.