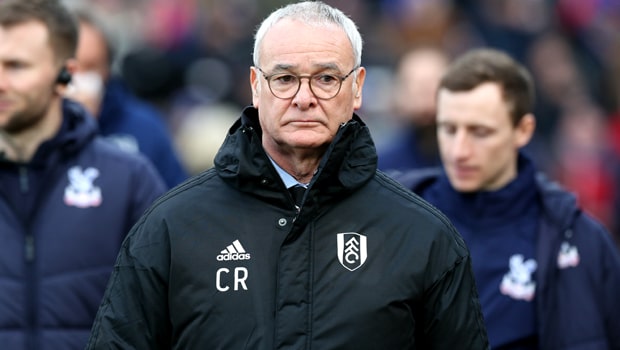 Fulham manager Claudio Ranieri has urged his team and the fans to stay positive despite Saturday’s 2-0 defeat to Crystal Palace on Saturday.

The Cottagers remain in the bottom three and are now seven points from safety after a disappointing day at the office this weekend. Palace opened the scoring from the penalty spot, with Luka Milivojevic, and a late Jeffrey Schlupp strike was enough to condemn the Whites to defeat.

Fulham have now won just one game in their last six attempts in all competitions but Ranieri is refusing to sulk. Manchester United are next up for the Cottagers, while games against Chelsea, Liverpool and Manchester City are also on the horizon.

Ranieri admits his team were left disappointed but he insists they can still take points off the top teams.

He told the club’s official website: “If you analyse the match, we’re a little disappointed after the first half. We managed the ball very well, we created one chance with Mitrovic, and then there was a stupid foul, maybe [Cyrus Christie] hand was pushed, and that moment changed the match.

“If Mitrovic scored a goal in that moment, I think it would’ve changed the match, because when you’re playing well and have a chance to score a goal, everyone becomes stronger, but that’s football.

“We have to be positive. We have a target in mind, and we must continue to fight. We lost a match, we lost a battle, but not a war. All the big teams are coming to Craven Cottage, and maybe we can take some points from the big teams.

“We wanted points here – it wasn’t possible, but maybe it’ll be possible against the big teams at home. In the Premier League, you never know what will happen.