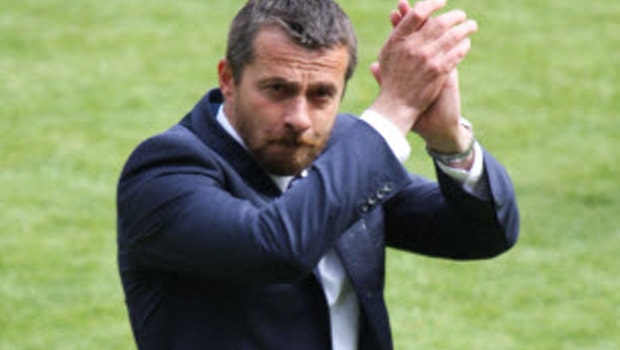 Fulham head coach Slavisa Jokanovic does not believe Burnley’s participation in the Europa League will have any bearing on Sunday’s Premier League clash between the two teams.

The Clarets have already played five games in Europe this season, knocking Aberdeen and Istanbul Basaksehir out before losing Thursday’s first leg of their play-off round clash against Olympiakos 3-1.

Sean Dyche’s side were also not at their best last Sunday when they slumped to 3-1 loss to Watford at Turf Moor but Jokanovic is anticipating a tricky test when they visit Craven Cottage.

“Burnley were a promoted team in 2014 and then relegated after the first attempt. Then they came back to the Premier League, survived one year, and then this last year had some really great achievements for Burnley.

“I believe it’s not only one year, they’ve played with confidence for a few years, and in the end they are enjoying this situation playing Sunday, Thursday, Sunday, Thursday. They are never tired, they are running and fighting like a really crazy gang.”

Fulham have not found life in the Premier League easy in the first two weeks of the campaign following their promotion via the Championship play-offs three months ago.

They lost 2-0 at home to Crystal Palace on the opening weekend of the season before being defeated by Tottenham at Wembley.