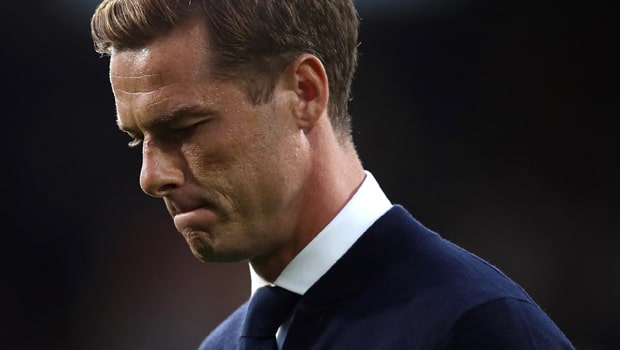 It was a night to forget for Scott Parker and his men when visiting Stoke-on-Trent in their return from the international break. Expectations were high for the promotion candidates as they took on the last placed team of the Championship, but as it often goes, the underdogs prevailed against all odds – and in-game statistics. Fulham dominated possession throughout the game, but Stoke took the spoils with 2-0 victory after an early goal by Tyrese Campbell and insurance goal from the penalty spot by Lee Gregory ten minutes before the final whistle.

It has happened before: Fulham has managed to control the possession, keep their opponents goal scoring chances to minimum but fail to win. Converting their own chances has been difficult, but there are problems in creating those chances too. In all of their three losses this season, against Barnsley, who now took Stoke’s place at the bottom of the league, against Stoke and against Nottingham, Fulham has won the possession clearly but managed to score only once, in the game against Forest.

While Fulham was, and still is, one of the strongest candidates for a promotion, manager Scott Parker needs to find a way to convert the team’s dominating ball possession into goals in order to win games. Simply put, draws will not win you promotion. It is true that the opponents are not likely to score when you’re controlling the ball, but the results have only been decent so far for Fulham with five wins, four draws and three losses. Alex Mitrovic has scored eight of the team’s 20 goals scored in 12 games, while midfielder Tom Cairney has five and Ivan Cavaleiro four. Looking at the statistics, Fulham should’ve won more games than they have.

Scorr Parker was not happy with the result on Saturday, but according to BBC he didn’t see any massive issues in their play. He encouraged his young team to “dust themselves down” and reminded that “it was only one football match and we have to go again”. They get their chance to bounce back almost immediately as they’re hosting Luton at Craven Cottage on Wednesday night. Luton has leaked 20 goals this season, so it should be a good target practice for Fulham aiming for promotion to the Premier League.