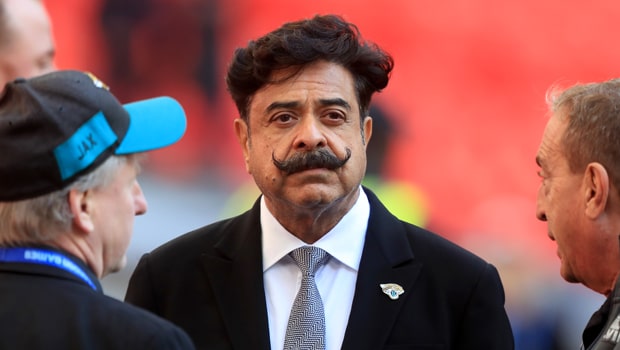 Fulham chairman Shahid Khan retains his vision for the club’s future despite this week’s confirmation of relegation from the Premier League.

The Cottagers suffered their latest loss, their 24th defeat from 33 games so far this season, at Watford on Wednesday evening.

It was enough to ensure they join Huddersfield Town in dropping down to the Championship for next season. Despite investing £100m in new signings last summer, Fulham rarely looked capable of surviving in the top flight.

They have conceded 76 goals this season and won only two points away from home, with just four wins to their credit. The chairman didn’t believe such a poor showing to be possible last summer.

“Our results over the past three months were as troubling for me and everyone associated with our Club as I know they were for you,” he told the club’s fans in a statement.

“[Defeat to Watford] made official what we didn’t think would be possible in August and tried desperately to remedy and avoid as the season wore on. For me, that makes today the most difficult day of all.

“I am sorry that we let you down. Our goal this season was to build on what we achieved in promotion and deliver on our pledge to invest heavily in the squad, ensuring that Fulham would always compete in the Premier League and, no matter the result, never disappoint.

“That didn’t occur and, for that, we hold ourselves accountable. We will reflect, plan thoroughly and respond accordingly.”

Despite the low of relegation after one season in the top flight, Khan remains committed to providing a bright future for the Craven Cottage faithful.

“In the weeks ahead we will communicate further as to our vision for the future, which includes the latest progress on the Riverside Stand project that will underline my investment in your beloved club,” he added.

“I recognise that may not be of consolation today, but I offer it nonetheless to assure you of my total commitment to Fulham Football Club.”