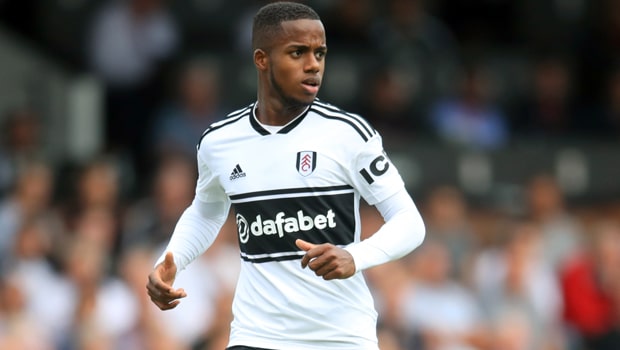 Fulham are reportedly keen to tie Ryan Sessegnon down to a new long-term contract.

England Under-21 international Sessegnon has emerged as one of the most talented teenagers in the English game over recent seasons and he was heavily linked with the likes of Tottenham and Manchester United before signing his first professional deal with Fulham last summer.

That contract runs until the end of the 2019-20 season, but Fulham are believed to be keen to extend that deal further to ward off potential interest from elsewhere.

Sessegnon has certainly impressed in a Fulham shirt, scoring 21 goals and providing 12 assists in 79 league appearances, while he also played an integral role in the Cottagers’ promotion to the Premier League last season.

Fulham have spent in excess of £100million since returning to the top flight and that may well have limited Sessegnon’s game-time, as he has only started two of their opening four league games this term.

The 18-year-old will be hoping to return to Slavisa Jokanovic’s starting line-up for this weekend’s daunting clash with reigning champions Manchester City at the Etihad Stadium.

The Cottagers are priced at 21.00 to emerge from Saturday’s contest with all three points, while City are available at 1.13 and the draw is on offer at 9.00.

Fulham have failed to win any of their last 11 meetings with City, succumbing to a 5-0 defeat when they last went head-to-head at the Etihad in March 2014.