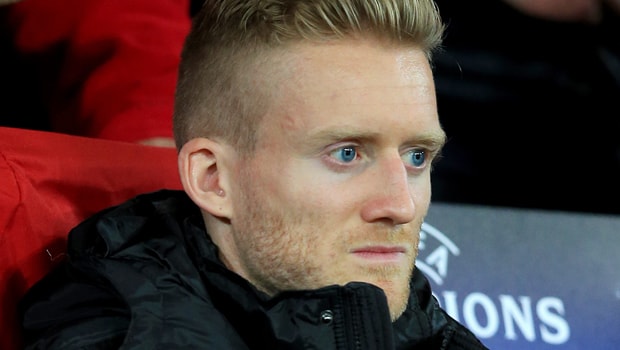 Borussia Dortmund forward Andre Schurrle has reportedly arrived in England to undergo a medical at Fulham on Wednesday.

Fulham manager Slavisa Jokanovic has been eager to add to his attacking options before the summer transfer window closes on August 9 and it appears his wish will be granted following the latest reports.

German World Cup-winner Schurrle, who has been with Dortmund since 2016, is said to have flown into London on Tuesday night ahead of a medical at the Cottagers on Wednesday.

The 27-year-old, whose contract with BVB expires in the summer of 2021, has only made 19 Bundesliga starts during his time at the Westfalenstadion and his lack of playing time has become a frustration.

He now looks set to make the permanent switch to Craven Cottage in what will be his second stint in the Premier League, with the forward having spent two years at Chelsea from 2013-2015.

It is thought the Germany international, who has also played for Mainz, Bayer Leverkusen and Wolfsburg during his career, will sign a three or four-year contract and will cost Fulham around £10-13million.

Schurrle would be a real coup for the Premier League outfit as there were several reports claiming AC Milan and Crystal Palace were interested in acquiring his services.

Jokanovic’s men kick off their league campaign at home to Palace on August 11 and the hosts are 2.38 favourites to pick up all three points, a draw is priced at 3.40 while the Eagles are a 3.00 chance.