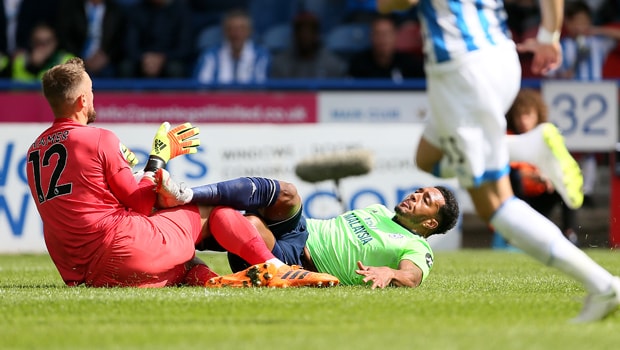 Cardiff City boss Neil Warnock has confirmed Nathaniel Mendez-Laing has been sidelined for three months after suffering a knee injury.

The winger was carried from the field during the goalless draw with Huddersfield Town and scans have now shown the extent of the damage.

He was expected to sit out Tuesday’s Carabao Cup clash with Norwich but Warnock will now be without the midfielder until Christmas.

“He has done his posterior cruciate ligament, which is good news, my physio says, because if he had done his anterior that’s all season,” Warnock said.

“Whereas [with a posterior cruciate ligament injury] he will probably hopefully be back in December. It will be about three months.”

Cardiff were knocked out of the Carabao Cup after a 3-1 defeat at the Cardiff City Stadium.

Warnock made nine changes to his team and he admits the rustiness was evident.

He added: “I think it showed that quite a lot of the lads needed games. You need competitive games. We had better chances than them. It [result] is disappointing.

“I more or less know what my team is going to be for Sunday [against Arsenal], and tonight didn’t put me off that. Ten out of 11 players I have got in my mind.”

Cardiff are the 5.50 outsiders for Sunday’s meeting, with the draw priced at 4.20. Arsenal are 1.60 favourites following their 3-1 win over West Ham United.