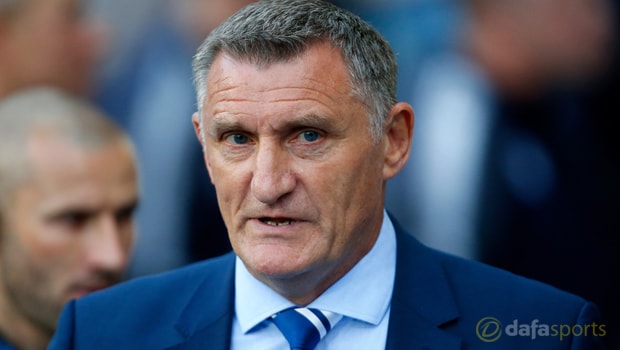 The former Manchester City academy graduate has had to bide his time for a first-team opportunity at Ewood Park, but he delivered on Tuesday night.

After impressing on a trial, he started and scored the only goal in Tuesday’s Checkatrade Trophy win over Stoke City Under-21s.

Nuttall has continued to impress in the club’s Under-23 team and could now play a part as Blackburn try and gain promotion from League One.

Rovers are priced at 6.00 to win the League One title and Mowbray feels Nuttall can continue to improve this season.

He told the club’s official website: “What I do is I look at the attributes he brings.

He’s pretty direct, he’s fast, he’s strong, he’s big. He wants to run in behind, he can head it and he scores goals.

“I ask myself all the time what is holding him back. He’s scored six goals in three games, he’s on fire scoring goals, and what more can the boy do.

“I genuinely sit here and think that we need to maybe try and accelerate him if we can.

I don’t want to take him out of what he is enjoying in scoring lots of goals for the Under-23s.

“At this moment Joe has to be patient but if he keeps banging them in for the Under-23s then he won’t be far away, and hopefully we’ll see him on the bench in a first-team squad sometime soon and hopefully coming off the bench and scoring for us.”