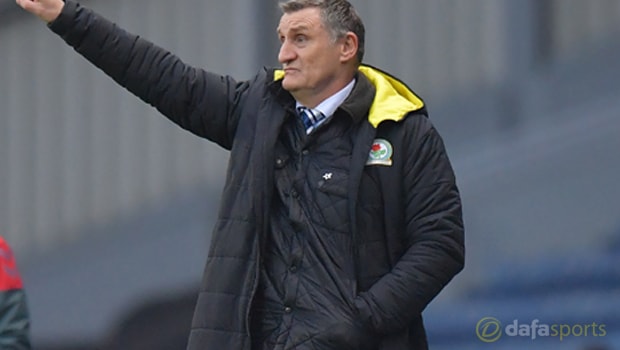 Tony Mowbray has praised the intensity of his Blackburn side following their recent march up the League One table.

Rovers have been the form team in the division over recent weeks, as they are unbeaten in their last 10 league games, winning the previous six, a run of form that has seen them move to within a point of the automatic promotion positions.

Mowbray has certainly been impressed with his side’s recent form and he has noted that even in training his players have been showing great levels of intensity.

“I said to them the other day that it was a training session of a top team,” Mowbray told reporters.

“I have been lucky to manage some teams that have managed to win leagues and you can feel when the team has got the bit between their teeth.”

Next up for Rovers is a trip to Sixfields Stadium to take on struggling Northampton on Saturday and Mowbray insists his side will not be letting their intensity levels drop.

“Every game is dangerous, we’re respectful of all of our opponents,” the former Celtic boss added.

“No-one will be taking any foot off any gas. “It’s important we focus on the next game.

I’ve said to the players almost as a mantra, it doesn’t matter the name of the team we’re playing or the colour of the shirt it’s just 11 guys and we have to be good at what we do.”

Blackburn are priced at 1.73 to emerge from Saturday’s contest with all three points, while Northampton are available at 5.00 and the draw is on offer at 3.60.