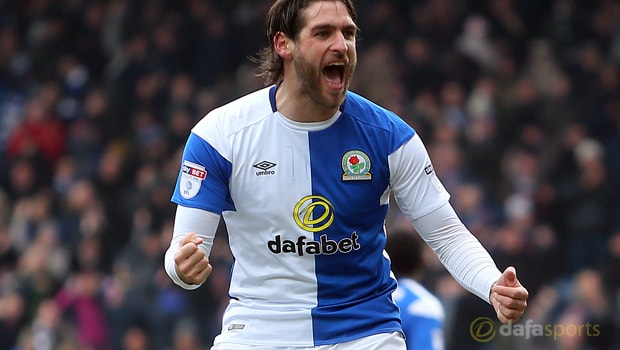 Blackburn have offered new contracts to experienced duo Danny Graham and Craig Conway as they prepare for life back in the Championship.

Forward Graham has been with Rovers since 2016 and was a regular feature this term, netting 14 goals in 42 League One appearances.

Scotland international Conway featured less regularly as injuries restricted him to just 24 league outings, but the midfielder has been a consistent performer since his arrival from Cardiff in 2014 and been rewarded with the offer of a new deal.

Both players are free to talk to other clubs as their current contracts are due to expire this summer but Blackburn are hopeful the duo will sign new deals to remain at Ewood Park.

“Negotiations are currently taking place with experienced first-team duo Danny Graham and Craig Conway, and their respective representatives, regarding new contracts,” the club said on their official website.

“However, under EFL Regulations, as both players are over the age of 24, they are entitled to discuss their options with other clubs.”

Rovers have also revealed three other first-team players, Liam Feeney, Elliott Ward and Aaron Dillon, will not be offered new contracts so will be released this summer.

All three players were loaned out to other clubs during the season, with Feeney helping Cardiff to promotion from the Championship, while Ward spent time at MK Dons and Dillion returned to his native Republic of Ireland with Bray Wanderers.