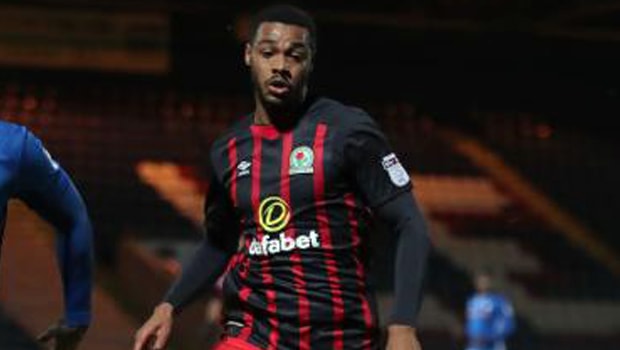 Joe Nuttall is relishing his progress at Blackburn Rovers after a recent spurt of goalscoring form propelled him into the spotlight.

The striker has scored three goals in his last three appearances for the first team, including the vital leveller in last weekend’s 3-1 FA Cup first-round win over Barnet at Ewood Park, following some fine goalscoring form for the Under-23s.

It has led to plenty extra attention coming his way and Nuttall was quick to praise those that have helped him progress at the club since he arrived.

“Everything – the staff, the players, I don’t think I’ve ever felt more at home at a club,” he said.

“I’ve loved every minute here and hope it’s the first season of many.

“I’m learning all the time from staff and senior players, I think I’m bringing something different to the team. The senior players here have the experience to help me through it.”

The 20-year-old is clearly thriving on the chance given to him by Tony Mowbray and he is already looking forward to seeing if he can build on it after the international break is over.

After a slow start to the season, Rovers now find themselves up into the play-off places in League One.

On a personal level, Nuttall’s early season gains both in the first team and the Under-23s have surpassed his summer targets.

“I’m more than pleased,” he said. “My target was double figures by Christmas and I’ve gone past that.

“I just want to keep getting more goals now and make sure the gaffer has no choice but to play me.

“He’s got great strikers already who have experience of playing at this level; I’m new to league football but I’ll keep pushing.” Blackburn are 2.38 to be promoted this season.