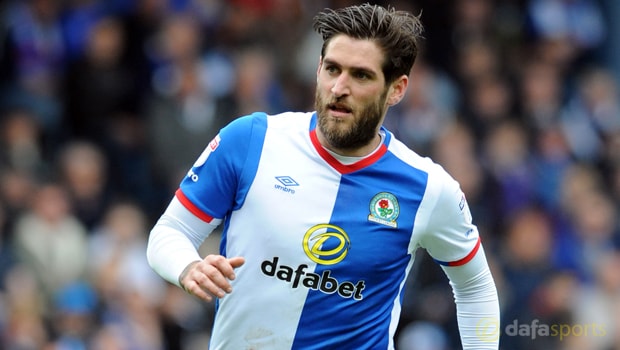 Tony Mowbray believes fit-again Danny Graham can be the key to his Blackburn side’s survival hopes.

The veteran striker has been plagued by niggling injuries in recent months and has been forced to play through the pain barrier at times in his bid to aid Rovers’ fight against relegation.

However, having scored the only goal in Saturday’s 1-0 win over Aston Villa, he will be hoping to make a similar impression on Sunday at Brentford.

Blackburn, who are in 22nd spot in the table, head into the final day knowing they will probably have to win to avoid relegation, as they are currently level on points and a goal worse off than Nottingham Forest and two points behind Birmingham.

Graham’s experience could be key to their chances and Mowbray believes he can make the difference in West London.

“He hasn’t been fit really for a lot of my time at this club,” Mowbray told Radio Rovers.

“I think every player like Danny Graham is important to any football club.

Somebody who, whether they play well or they don’t play well in any given game, generally get chances to score goals because in that area of the pitch right between the sticks and the ball falls in there sometimes and they have a chance.

“He was injured pretty early on when I arrived, we tried to find other solutions, so it is great that he is now fit and available and I hope he has a good weeks’ training and he can do the same on Sunday.”