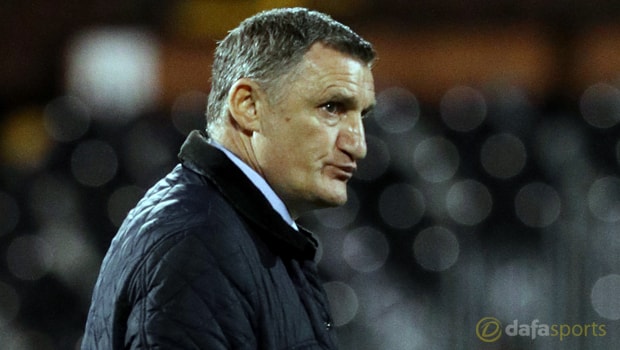 Blackburn Rovers coach Tony Mowbray insists his side need to quickly adapt to League One after they fell to defeat on the first day of the new season.

Rovers were unable to get anything from their trip to Roots Hall as they lost 2-1 to Southend.

They fell behind in the 27th minute when Ryan Leonard opened the scoring, before Michael Kightly doubled Southend’s advantage.

Charlie Mulgrew scored after a wonderful free-kick in the second-half to cut the deficit but Mowbray’s men could not produce the goods in the end.

Mowbray insists nobody within the squad should panic but the former Middlesbrough manager admits his side need to produce more in their next League One game against Doncaster Rovers.

He told the club’s official website: “We’ve had one game, we are disappointed but judge us after ten to twelve games.

“I said this week in the build-up that you don’t get carried away after one game.

We have to take it on the chin, it is football, it is a long season.

“Newcastle lost their first two games at the start of last season and ended up winning the league.

“If we learn from it then we’ll get better as we move on.”