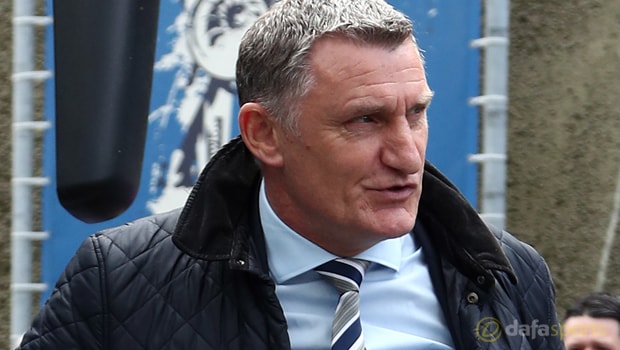 Blackburn boss Tony Mowbray says he is happy with his current attacking options and doesn’t feel under any pressure to call on highly-rated youngster Joe Nuttall.

Nuttall, 20, has been in fine scoring form for the Rovers Under-23s this season but is yet to make his league debut for the Ewood Park outfit.

The forward has featured in both EFL Trophy games for Blackburn this season, grabbing the only goal in a 1-0 win over Stoke City Under-21s, and there has been talk he could is close to making a first-team breakthrough.

However, Mowbray feels it would be a mistake to rush Nuttall’s development and he says he is happy with his striking options ahead of the visit of Portsmouth in League One on Saturday.

“I don’t personally feel any pressure to play Joe. I’m happy with the strikers we’ve got,” the manager said.

“I think Joe’s a good lad. The record of his goals every time he goes out onto the pitch are there.

“Yet, when I look at his attributes at this moment, it’s too big of a gamble for me to give up on Danny Graham, Dominic Samuel, Marcus Antonsson or Bradley Dack.

“They’re all experienced players with goals in their lockers. Joe’s a young boy who is basically untried at this level. “I don’t think we’re at that stage.

I think he needs to keep developing and scoring goals at the level he’s playing and wait for his opportunity.

“Opportunities come at unexpected times, through suspensions and injuries and so on.

“Hopefully he’s found the right place to develop and become the player he wants to be.

I don’t think we can use a three-month spell of scoring and think he’s the finished article.

“You can damage players sometimes by putting them in too soon; I’m not suggesting it would be too soon, but it’s about opportunity for Joe.

“We do have strikers within our ranks that, to be fair, have scored goals. Let’s just keep going, Joe’s time is going to come.”